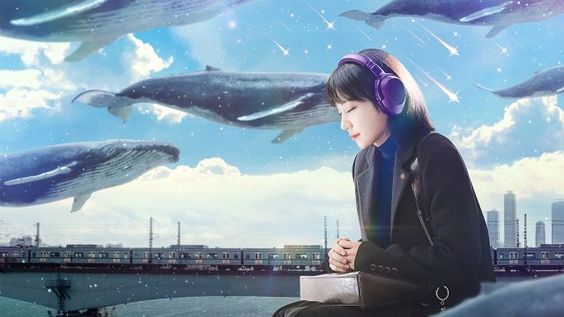 Motherly love of a whale

source: Extraordinary Attorney Woo – 이상한 변호사 우영우
This is a really interesting series with an autistic Attorney. But what I really like about it is that Woo really likes whales. I was assuming that it was just because it is a cute and majestic character to have it part of the story. When they have the whales flying around her when she puts on her headphones and think about them, sets a really beautiful scene.

However in episode 6 finally I see why they decided to use whales. According to the movie, a popular way to hunt whales is by first harpooning the baby. The mother will always swim around her and never leave her behind. The whalers would then harpoon the mother who is the actual target.

Then Woo who is an orphan raised by only her dad says, if I was a whale would my mom stay with me. That is why she likes whales. It’s because they would never leave their child behind was the reason for the love of whales. I find that really powerful to have it be included in the story.

No comments to show.